For iOS7 style, Foursquare app has become much stronger and more impressive with time. It is taking advantage of thin fonts and solid colors. Foursquare says the updated app is a lot faster, and it’s trying to make exploring locations quicker too by displaying details on nearby places as soon as you open it.

This app will send you push notification whenever you are near a location that has a recommendation. Like if you are suddenly struck by the urge for the best cake or the best pizza in an area, then don’t worry it even has a menu search and it will also provide you personalized recommendations, which will help you find the best deals, places and food that are now presented more beautifully with push recommendations.

This app has the built-in GPS (in smart phones) to provide users with details which includes restaurants, beauty salons, stores and much more. Whenever, you will visit a place which is registered in Foursquare, just “check in” on the application, and your location will be visible to your friends. This is actually a great way to find out if any of your friends are in the area. It is smarter, as in when you arrive somewhere new, it will poke you what you need to know, even if you do not open the app.

We can say that it is an all in one app with check-in service, can track friends and food or bar recommendation service to name a few. Foursquare has undergone yet another redesign to better suit the iPhone. As in the latest edition of this app, it takes on even more of the iOS7 app development features with improved speed and recommends places even when a user is not in the app.

This new version features wholesale changes as it has been rewritten and as a result it loads faster, new text and a redesigned hidden menu. The overall design is easier as well as cleaner to read and there are now more than 40 million people out there who are using Foursquare on-the-go to keep up with their friends, to find the best place nearby, to get money-saving deals, to share and record places you visit, to never miss a party and much-much more to explore.

Thus, Foursquare is an amazing free app which will help you find your friends, in making the most of where you are, will allow you to share and save the places you visit and it also gives you recommendations when you are looking for inspiration for what to do next and much more. The app has received some much-needed enhancements, which includes a faster experience, better navigation and more attention on exploration. Most importantly, Foursquare has activated its push recommendations for users on iOS. This experience will help you learn more about a particular city or restaurant. In short, it can be your perfect companion if you allow it to be.

Apple has announced iOS7 this year. And this newest version of iOS is a gift to mobile developers from Apple Inc. Which is a dramatic new release with a new look as well as a treasure trove of new functions. Yes it is true that, experienced app developers will learn the new features relatively quickly compared to the newer app developers.

Get started for developing iOS7

To get started with iOS7, you will have to load the brand-new version of Xcode, which is the integrated developer environment for the development of iOS7. Xcode comes with iOS7 that is currently in developer preview. Unless your Mac is upgraded to the latest version of Mac OS X i.e. The Mountain Lion 10.8.3, you won’t be able to make use of Xcode 5.

You need to study two of the primary features, when developing iOS7. So here you go with some technical insights for iOS7 :-

New Frameworks In iOS 7 are as follows:

An architect named Kenneth Ballenegger said that, “SpriteKit will be     capable of powering 2D games ranging from Cut the Rope to Jetpack     Joyride and more. We think that this framework could become a     major contender in a space currently dominated by Cocos2D and     Unity.”

Game Controller – Through Bluetooth or by directly connecting the device, here the developers are allowed to add hardware controllers to iOS.

Multipeer Connectivity – In iOS7, it is the new sharing feature that is actually a peer-to-peer connectivity, which is very essential as it discovers nearby devices. Also without an internet connection, it directs communication.

JavaScriptCore – Here standard JavaScript objects are wrapped into Objective – C.
Media Accessibility – In your apps, it permits for closed-caption.

Some significant changes have been made to the new frameworks…

So, Let us see those Enhanced Frameworks:

User Interface – Apple has come up with new ‘dynamic’ UI actions like gravity and proximity controls and the latest kit for text, for developers and designers. Yes it will take some time to get used to with references and functions of the UI Kit Framework.

Multitasking – This feature of iOS7 if for fetching dats, which is applied mostly to the background data flow and push of information to the apps.

Maps – To take the real advantage of 3D map features and to control the perspective of the users, developers will now integrate Apple Maps to their apps.

Games – New features can be add by developers to help prevent cheating in the game.

Compared to previous versions, this new Xcode is little cleaner that features a refined navigator.

UI Improvements – With a smaller toolbar, it gives developers to work with more space.

Testing – This phase is hated by developers. But, Xcode 5 is with new test navigator, which overview all the tests in the particular project and then add new test targets easily.

Version Editor – With new management of workflow in Xcode 5, which removes the repositories organizer. And under the menu name source control, it does the movement of the functions to the project window.

Thus, start developing with the new features listed above, which are the basics with which you will be able to experience the difference. As this iOS7 has got an amazing look with great number of new features and functions.

Nowadays, the trend of upgrading to the brand-new technology is catching fire. Lately, as we have been hearing a lot about the Apple iWatch, which is a rumored ‘smartwatch’. iWatch is an Apple smart watch which is actually a ‘wearable’ device, can also be called as ‘wrist-worn’ device.

Apple iWatch And The Mystery About Its Release Date

The news about the Apple iWatch release can be called as a rumor as Apple itself has not yet declared publicly about the release date of iWatch project.

But it has been heard that a trademark application has been filed on 3rd June, by the Apple Inc. for an iWatch in Japan.

So, we can sit with our fingers crossed and wait for this particular device to launch as it also has been heard that this application is under examination and has filed under a category named ‘watch like device’, according to an official meting at the Patent Office in Tokyo. 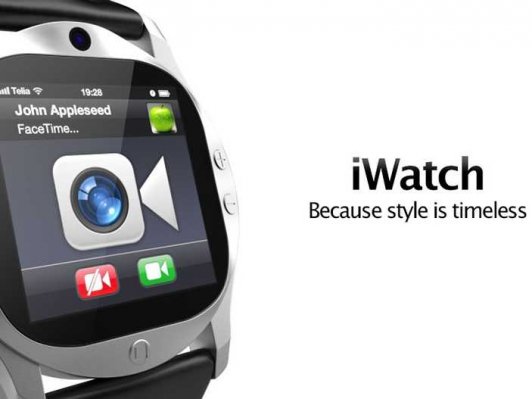 It is a Smart Wrist Watch made of curved glass which is expected to be connected with other iOS devices such as iPad or iPhone so that specific content can be pushed into the device.

Some of the expected features of iWatch are that:

It really sounds great!! But let’s see what happens…

As we all know that Apple is a company full of surprises, which comes up with their innovative products or gadgets or technology at regular intervals and has always got a positive response from the users.

Huge improvements have been done to the Google+ for iOS by adding Auto Enhance, Hashtags and interactive offers. In short, a great reformation has done with photos and the streams.

Changes in Google+ version 4.4.0 for iOS

Noticeable changes have been done in Google+ version 4.4.0. Here is the list of those changes:

Therefore, Google+ came up with so many interesting changes and because of these new Google+ features that affect the service of photo sections, hangouts and the stream, Google+ has brought all of its platforms up to super speed.

By all the latest updates of Google+, came up with the biggest addition among other features is the Auto Enhance app, which is all about photo editing and it is carried forward-over the desktop side. Auto Enhance itself saying that it does all improvements to the photos automatically like auto highlight with the help of which you can view a selection of shots and can share those as a separate album.

With the Auto Enhance feature you can check by hovering over your photo to see if this feature has been used or not. And thereafter you can compare your photos by using the arrow keys to see the difference between ‘original’ and ‘enhanced’. And another benefit is you can also undo the changes in case if you don’t like them. And for the ease, you will be able to see an indicator in the corner of the picture which has been already enhanced and can also enhance the previously added photos to the Google+ and for that you just need to select Auto Enhance under the More menu.

So, with the help of Auto Enhance feature you can improve your photos look instantly to help places, people and other details of image look their best.

Thus, with this revamped Google+, the whole feature looks very neat and cool. This new Google+ unveils with enhanced navigation and with so many useful features like overhauled picture experience, browsing highlights from pictures, panoramas, animations, hashtags and many more interactive offers. All these features make Google+ more easy to use.

iTunes, a media player computer program designed by Apple and launched on January 9, 2001 is used for playing, downloading, and saving digital music and videos on desktop, laptops, iPod, iPhone, iPod touch and iPad. iTunes can connect with iTunes Store where music or videos can be downloaded or purchased along with games, audiobooks, podcasts.